I have been creating artwork in Brooklyn for my entire life.  I took an interest in Coney Island in the 1980's when Coney Island was limping along and decaying.  I always loved the decay, it reminded me of some ancient ruins that called across the ages to me.  There was something about the faded paint and the falling apart rides that spoke of some long forgotten greatness.  I especially loved visiting Coney Island in the winter when it was quiet and the rides were closed.  It had a spooky haunted feeling and the faded out colors against a winter sky were particularly beautiful.  I began to draw from life on site in Coney Island and this became the foundation of my 1989 gallery exhibition "Sodom by the Sea".  I also brought along my dad's trusty Polaroid from the 1950's and used these photos, (long since decayed themselves) to create a number of paintings in the studio.

Here is the original text from the opening of the exhibit, as I wrote it in 1989:

Sodom By The Sea

As you enter Coney Island from Bensonhurst you're greeted by a well worn sign stating "The World's Playground".  Once this sign screamed but now it only whispers.  Coney Island, labeled, "Sodom by the Sea" in the late 1800's was infamous for its gambling dens and far more nefarious activities.  During Brooklyn's Golden Era, Coney Island flourished sporting such attractions as Dreamland, Luna Park, and of course, George C. Tilyou's Steeple Chase Park, all of which are now only fond memories and browning photographs.  Coney Island today is most known for its shady side once again.  Remnants of a glorious past are hidden behind barbed wire and attack dogs, not that anyone cares much anymore.  Carousel music is heard as the cold winter wind whistles past the Cyclops and the devils and rattles the fences, and awakens the Bees.

Sodom by the Sea 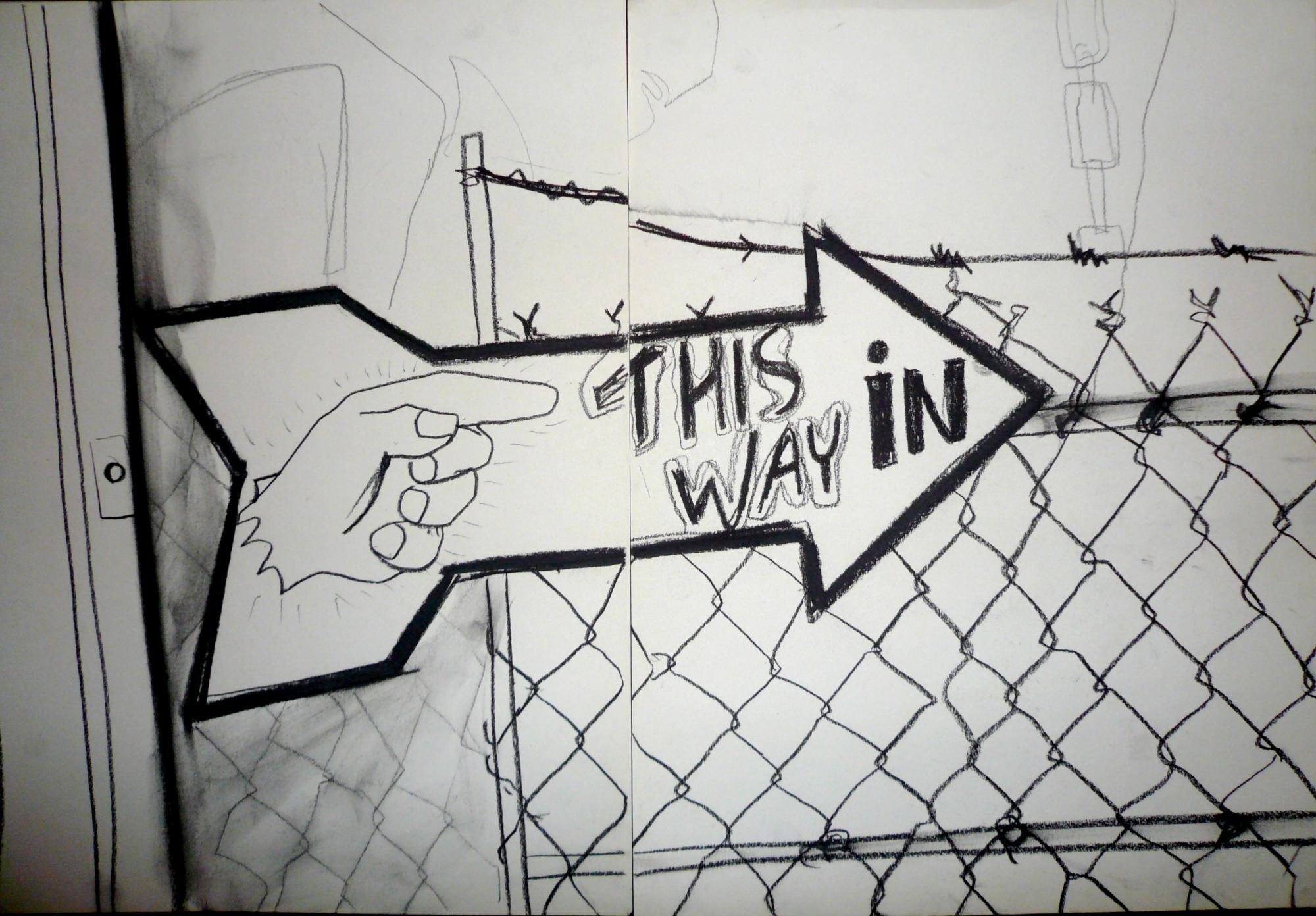